There are several types of septic systems approved in Wisconsin. A soil test will determine what type of system you will need.  Below are the most common.

Graveless is a conventional type system that can be gravity fed or dosed. Graveless systems replace stone and pipe in the chamber. Graveless systems are typically used only when they are needed, perhaps if truck loads of gravel can't access the leach field area. These types of systems also have a smaller footprint, which is helpful.  However, there is mix of opinions as to whether or not they last as long as a larger stone and pipe system.

Gravelless septic systems or "no gravel" septic system trenches use plastic or other prefabricated wastewater distribution systems which are buried in the soil without the use of surrounding gravel. Gravelless septic drainfield systems can provide an acceptable effluent disposal system for sites with limited space for a drainfield or where gravel is not available or is quite expensive.

When a site is not suitable for a conventional system, the next desirable system is a Mound System. Mound systems are required when the groundwater is too close to the surface of the soil, not allowing enough vertical separation between the infiltrated surface of the leach field and evidence of groundwater or "limiting factor." Additionally, mounds are needed when the soil is too restrictive for water to drain into the ground.  All mound systems need to be dosed (not gravity).  Watch our video about mound systems on the Questions & Tips page.  This page also explains why mounds are more costly. 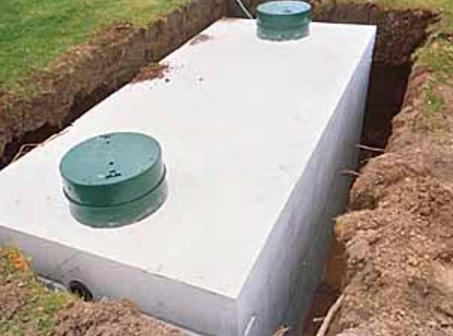 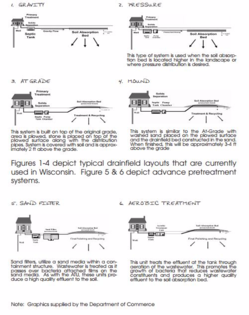 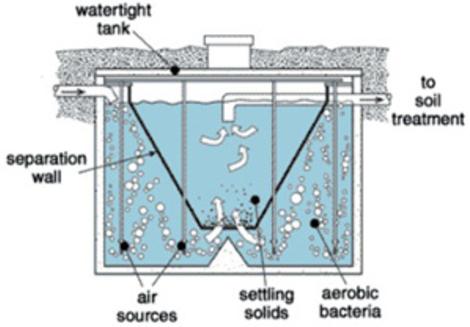 If the site conditions won't allow for any of the above systems, then a holding tank would be your last resort.  A holding tank is a water tight structure that acts as a temporary collection for a house's entire sewage. There is no drain field tied with the tank. When the tank nears its full point the tank needs to be pumped out by a state licensed pumper.  The effluent then needs to be dumped at a sewage treatment plant or spread onto fields with special permits.  A holding tank can range from 2,000- 6,000 gallons for residential use. Commercial holding tanks, sizes are unlimited.  The more bedrooms the house has, the more gallons required.  With a holding tank, careless use of household water is not recommended.  The tank may need to be pumped on a monthly basis which can cost $100-250 each month. 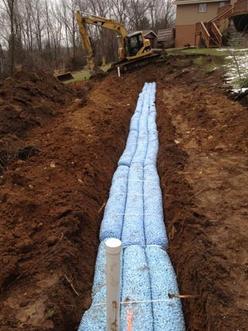 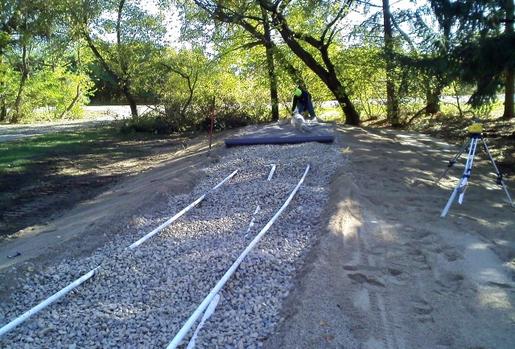 This is the least expensive and most desirable type of system. Despite what many people think, this is the most common type of system in the State.  This basic system uses gravity to move the effluent through the septic tank and into the leach field. 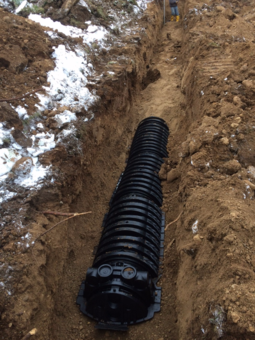 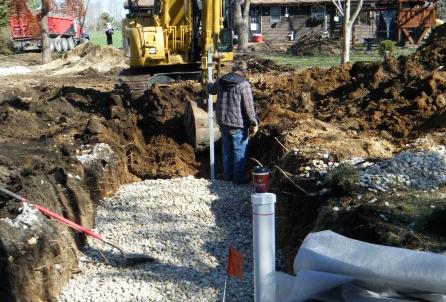 Is a type of mound system that doesn't need sand.  The surface of the soil is far enough away from groundwater or "limiting factor".  At grade systems have a larger footprint and are slightly lower to the ground than a standard mound system.  They are only an option with specific soil conditions.